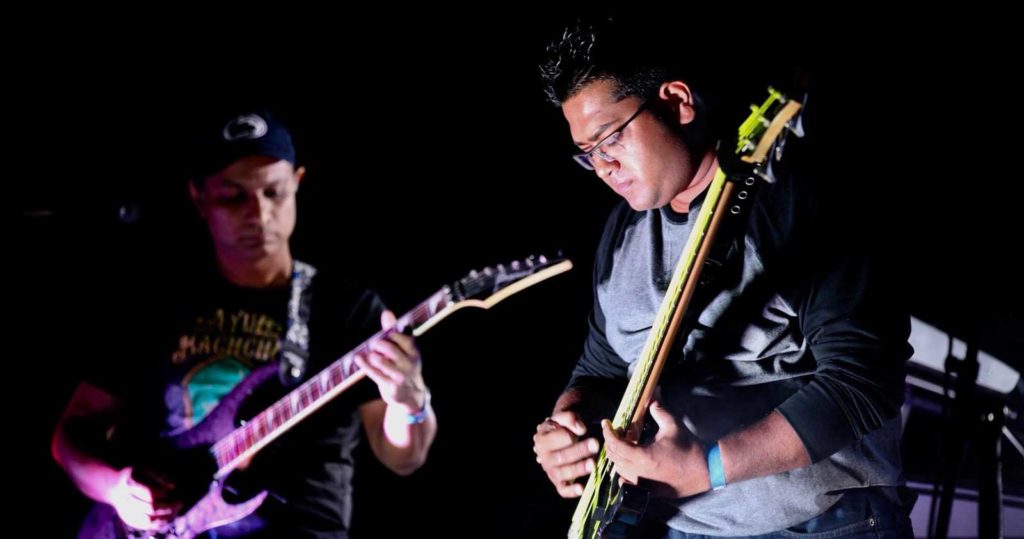 Amit Muntasir started playing guitar in 1998 when he wanted to become a musician in Bangladesh. He started as a guitarist/vocalist for the band Fumes until the band broke up as members went abroad for higher studies. A friend then approached him to play bass guitar for his band. He gladly accepted it and started to play bass guitar and never looked back ever since. He worked with a lot of projects and bands in Bangladesh Underground music scene until he came to join Icons as a bassist and released an album and 3 singles with them in Bangladesh and performed in numerous shows nationwide.

In 2011 he had to move to Washington DC for his desk job but continued his journey as a musician by performing with several local bands from the Washington DC metro area. He got invited by Kronedge to jam and perform for an upcoming show. After a couple of jam sessions and fun filled hangouts, it felt natural that Amit becomes part of Kronedge family and continue his thrilling musical journey.